SHIMS is a logistics startup that asked me to consult them for their new set of apps.
They were looking for a person who could design their mobile and desktop apps and who could advise their team of developers on usability and UX.

As a result of user research that had already been conducted and a hefty set of business and marketing requirements I set out to do an analysis of the competition.

Most apps and websites were very user unfriendly and unattractive in the transportation of goods industry.
Studying user reviews from apps (and earlier versions of those apps) and doing interviews with truckers and other people in the logistics field it showed that most apps were cumbersome and too complicated to operate while planning truckloads.

The client already had some rough ideas about functionality and user flow and although I always prefer to speak  directly to all stakeholders and users myself they had already done research themselves and gathered the necessary data. We went through the data and stakeholder responses and I made additional wireframes and a clickable prototype according to specifications.

After testing these with stakeholders we made adjustments and I made more polished screens and developed a style guide. After the developers translated my designs and flows into code I did a usability review and went through the css code to optimise the front-end output.

early wireframes as a discussion and testing tool 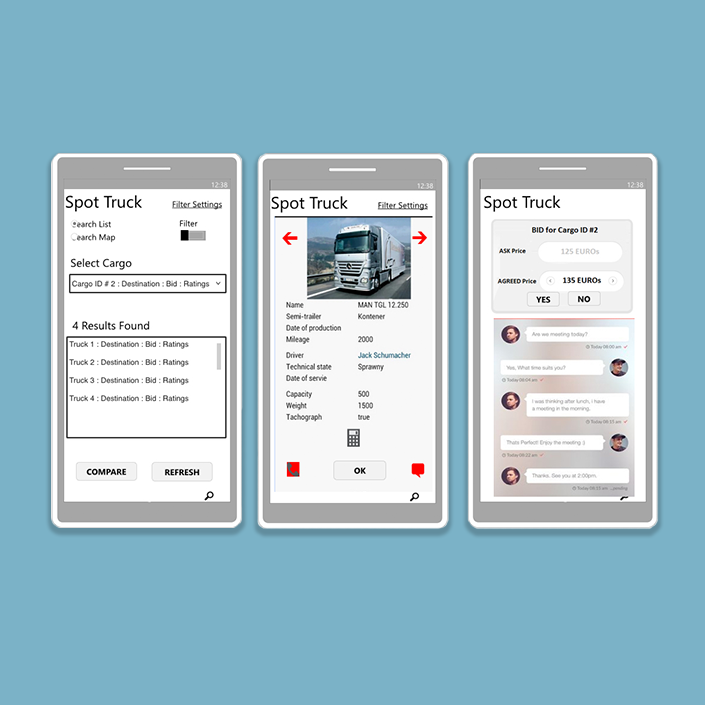 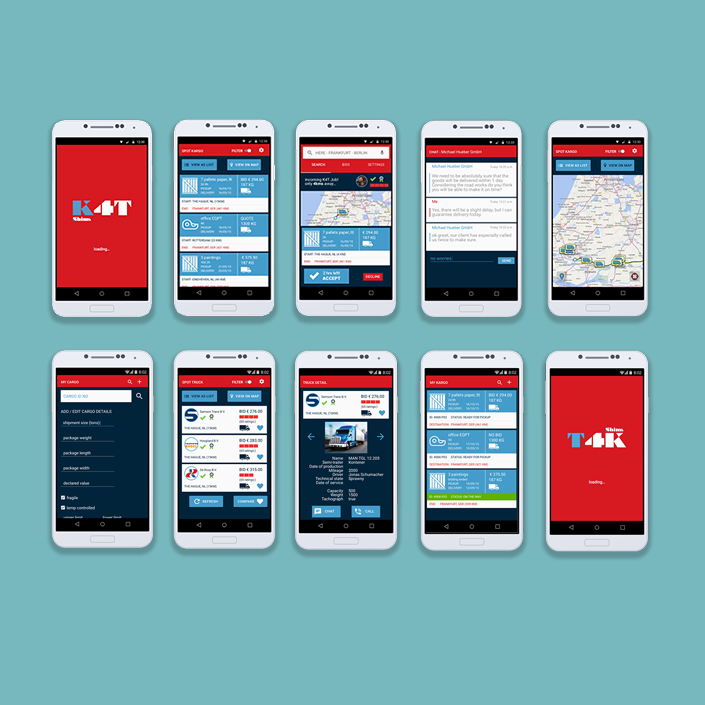 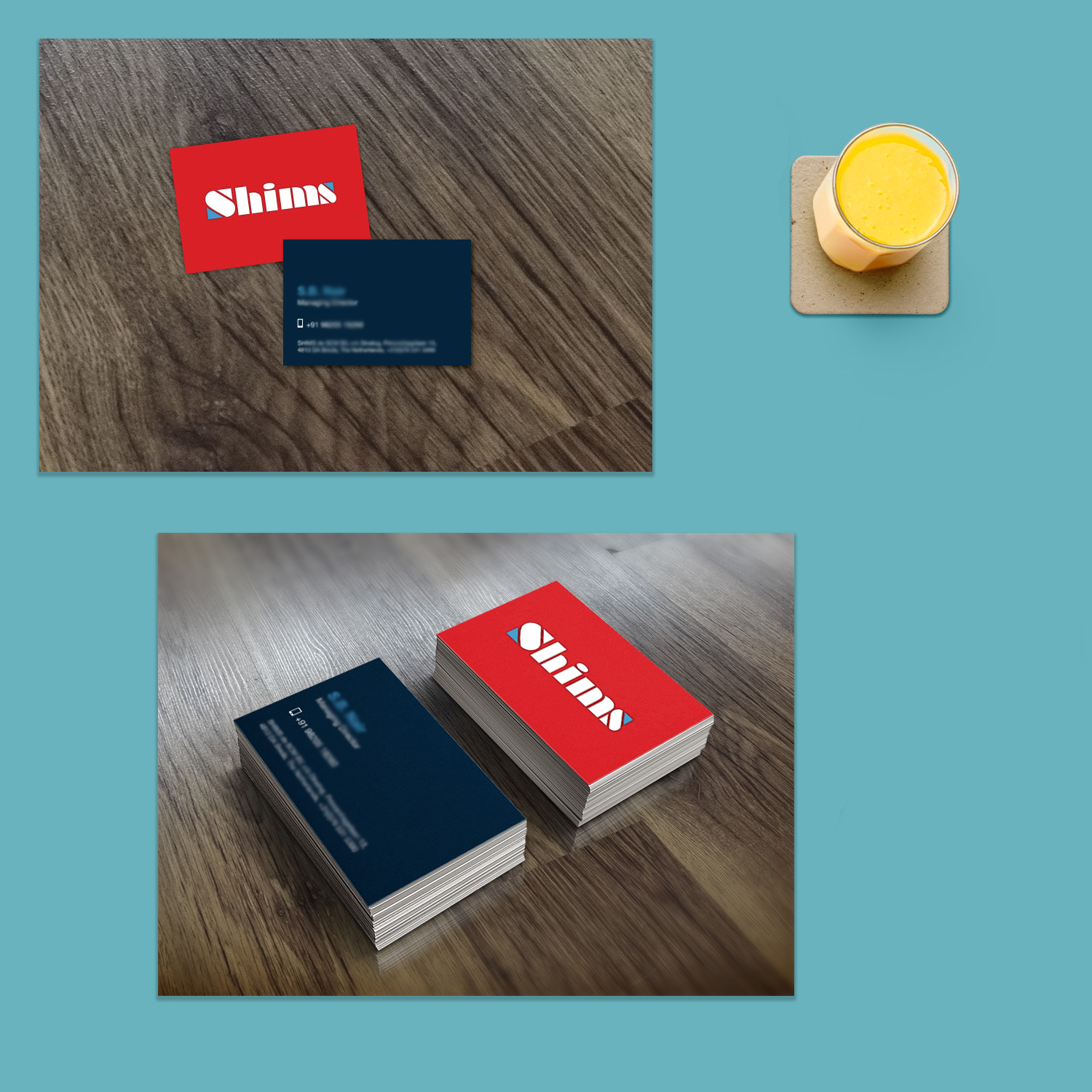